A father, a digital file and the gift of a lasting connection 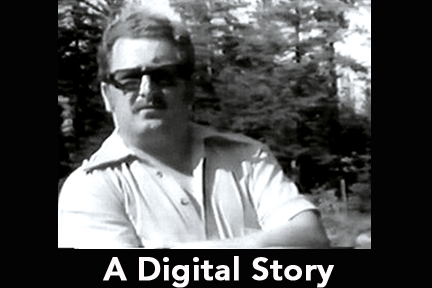 Grant Wheeler was 39 years old when he heard his father say his name for the first time. It sent chills down his spine.

“I cried," said Mr. Wheeler, a native of Summerford, New World Island, who lost his dad, Rex Wheeler, in a car accident when he was just two years old. "It was extremely emotional. My eyes welled up pretty much right away. I don’t know, it was an overwhelming feeling of relief. It was really strange.”

He had never heard his father’s voice. There is little trace of Rex, save for a few family photographs and some Super 8 home movies with no sound.

Mr. Wheeler is currently at a difficult crossroads in his life; his voice trembles a little as he talks. He lives alone in Guelph, Ont., far from his home and family in Newfoundland and Labrador. His own son is miles away in Labrador. And it is Christmas.

One of his few memories of his dad is watching him in an episode of Decks Awash, a television series produced by Memorial University's Division of Extension Services, now DELTS (Distance Education, Learning and Teaching Support). He tried to find it online but couldn’t.

Mr. Wheeler reached out to the QEII Library for help tracking it down. The video is part of the Digital Archives Initiative and has been digitized, along with 3,222 other videos recorded by the former extension services.

“Recording and preserving Newfoundland and Labrador’s archival material in any format is both essential and vital, but to have it touch someone on such a personal level is immeasurable by any means, that in itself makes the work so rewarding for all of us involved,” said Don Walsh, digitization specialist, Memorial University Libraries.

“It is really awesome that the video is in the archives,” said Mr. Wheeler. “That was a very important time in the mid-'70s in rural Newfoundland. The fishery was extremely busy and important.

“My father … is talking about government grants and he says the word grant several times and that is the first time I have ever heard my father say my name, sort of. That gave me the chills.”