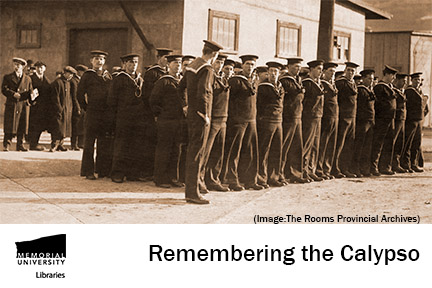 Newfoundlanders and Labradorians have a strong connection to the sea, so it was no coincidence when hundreds came forward to serve in the Royal Navy during the First World War.

However, to ensure they were equipped with the necessary skills to survive at sea during wartime specialized training was required, which they received aboard a dedicated vessel docked in St. John’s: the HMS Calypso.

The remains of HMS Calypso vessel lie in the waters off the shores of the community of Embree in Central Newfoundland, but her story and those of the reservists who trained on her are back in action thanks to a new project by a cross-campus team at the Fisheries and Marine Institute (MI) of Memorial University.

“Newfoundlanders played a tremendous role in our world wars,” said Katie Lawton, head of public services at the Dr. C.R. Barrett Library and member of the Calypso project team. “After discovering the architectural drawings of the HMS Calypso and several other pieces through research at both the Maritime History Archives and The Rooms, we began putting together an interactive website where students, researchers and the public could discover more about the Royal Newfoundland Naval Reserve and the ship which they were part of.”

Visitors will find the detailed architectural drawings of the vessel, its history and photos of the many faces of those who served or were trained onboard. 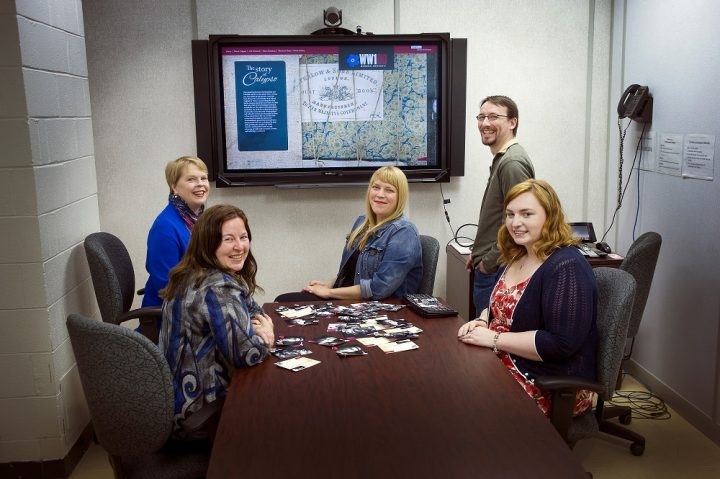 “Our new website captures the many faces of the young men who came forward to serve,” Ms. Lawton said. “So young and eager to learn. It’s important we take time to remember their contributions.”

The Newfoundland Royal Naval Reserve was formed in 1900 as a trial. Young men between the ages of 17 and 29 would serve to fill the working gap of sailors in the event of war. Enlisting from rural parts of the island, many were interested in steady employment following the fishing season and eager to serve.

Upon enrolment, the men agreed to five-year terms, which included training and time at sea. As the terms of their agreement evolved, so too did the training. In 1902 the reserve welcomed the HMS Calypso—an older Royal Navy ship that the City of St. John’s refurbished for 1,800 pounds. In the days that followed, the vessel would allow the reserve to introduce an intensive two-month training scheme.

“We are proud to be commemorating the Newfoundland Royal Naval Reserve and the HMS Calypso and hope that others will take time to get to know more about the Newfoundland Royal Naval Reserve,” said Ms. Lawton. “Going forward, we hope this project will grow to include the history of the Mercantile Marine in the First World War and later, the Merchant Marine in the Second World War.”

While the website has been a great history lesson for the project team, it’s also a great example of collaboration across the Marine Institute.

“The website really was a collective effort,” said Ms. Lawton. “I would like to acknowledge the research work of Jessie Cahill, the website design by Danielle Percy and the technical web design by Scott Bruce, as well as the efforts of all other members of the team who dedicated so much of their time to make this project a reality.”

To learn more about the HMS Calypso, visit the newly designed website.